UPDATE 26 MAY 2021: inov-8 ambassador Damian Hall has broken the record for the 185-mile Wainwright’s Coast to Coast.

The route across the breadth England goes from the Irish Sea on the west coast to the North Sea on the east coast. Damian followed the same trails as Mike, starting at St Bees and finishing at Robin Hood’s Bay, while also picking up litter along the way.

He battled sleep deprivation, super-boggy underfoot conditions and, on day two, extremely wet weather. Damian was supported by a small team of friends, some of whom paced him on the trail and others who provided crucial road support at scheduled meet-up points.

He wore his trusted TERRAULTRA G 270 shoes with Graphene-Grip plus his favourite inov-8 clothing and equipment.

We caught up with Damian the day afterwards to find out more:

“I hiked the Coast to Coast in 2007, but I don’t remember it being as tough as it was this time around! Of all my record attempts this one proved to be the most difficult and the one which forced me to dig the deepest.

“Mike’s record was so brilliantly fast that I had to give it absolutely everything I had – and then some more – to beat it. That meant me running faster than I would normally do for such a long distance.

“I started aggressively and felt good throughout the first day. I got myself about 2 hours ahead of schedule and felt buoyed after receiving support from Mike (Hartley) at Shap. During the night, however, I began to suffer a bit with tiredness and a few stomach issues.

“The second day saw the heavens open and it became really tough going. I had some wobbles in the last few hours and my fuelling went awry. Tendonitis in my calf didn’t help either and by the end I was shuffling my way towards the sea.

"There’s no way I would have broken the record without the support of my team who went above and beyond to feed, water, pace and encourage me throughout – thank you! They also helped collect rubbish along the way and we filled one bin bag.”

The brilliant record, which has stood for 30 years, is held by ultra running legend Mike Hartley. He ran the route across the breadth England, from the Irish Sea on the west coast to the North Sea on the east coast, in an incredible time of 39 hours, 36 minutes and 52 seconds in 1991.

Damian will follow the same route of approximately 185 miles, starting at St Bees and finishing at Robin Hood’s Bay, while also picking up litter along the way. He will be supported by a small team of friends, some of whom will pace him on the trail and others who will provide crucial road support at scheduled meet-up points.

The 45-year-old who placed 5th at Ultra-Trail du Mont-Blanc (UTMB) in 2018 and won the (albeit shortened) Ultra Tour Monte Rosa (UTMR) in 2019 is no stranger to epic record-chasing attempts. Last year he lowered the 268-mile Pennine Way record (once held by Mike Hartley), but has recently watched his friend, John Kelly, beat that. Several other records remain in his possession.

And, while another crack at the Pennine Way cannot be ruled out in the future, for now Damian is focused on the iconic route of the Wainwright’s Coast to Coast (sometimes written C2C), which includes 28,000ft of ascent.

Prior to starting his attempt, we asked Damian, author of the recently released In It for The Long Run, to write about the big challenge he faces. Read what he wrote, below.

DAMIAN HALL ON HIS WAINWRIGHT'S COAST TO COAST RECORD ATTEMPT

Excellently whiskered guidebook-author Alfred Wainwright created the Coast to Coast trail in 1973. Starting in St Bees, it weaves for around 185 miles (and 28,000ft ascent) through the Lake District, Yorkshire Dales and North York Moors National Parks, to the coast again, at Robin Hood’s Bay.

I hiked it in 2007, before I’d heard of either the Pennine Way (which the Coast to Coast crosses at halfway, in Keld) or the madcap idea of running these distances, and thought it was well brill. There’s something very pleasing about starting on one side of the country and finishing on the other.

Coast to Coast takes most people 12 or more days to hike, so I was pretty chuffed to complete it in 10, thinking I was quite the endurance hero. I didn’t know at the time, but in 1991 someone called Mike Hartley ran it in 39 hours, 36 minutes and 52 seconds, beating his friend Mike Cudhay’s record by seven hours – and my time by eight and a half days. 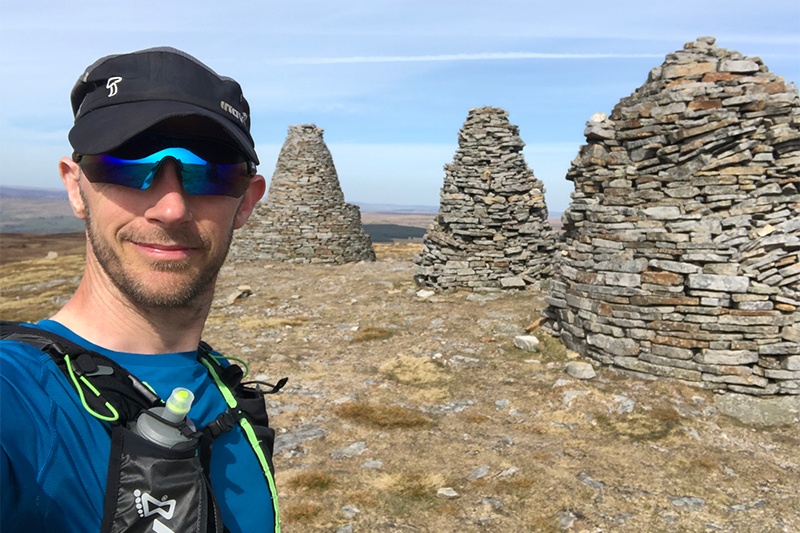 James Thurlow’s excellent Northern Traverse race follows the same route with only minor tweaks, but no one in the race has got close to Hartley’s time. Indeed, Hartley was at the peak of his powers when he ran this one. He’d already set records on the Pennine Way, Southern Upland Way, his consecutive Three Rounds and several others.

"Of all my records," he told me, "I paced this one the most consistency." He maintained 5mph through the Lake District lumps and barely slowed till he reached the other side of the country. It's approximately 0.7mph faster than his Pennine Way record. “Mike set the bar so high that I don’t think anyone had a serious attempt at it since then,” Fell Runners Association (FRA) long-distance-records custodian Martin Stone told me. There's a village called Hartley and a Hartley Fell en route, which may be omens.

I like revisiting trails as a runner that I’ve previously explored as a hiker, especially if they’ve had a Mike Hartley record. I'm going to see how quickly I can do it. I've had this run in mind since not long after last year's Pennine Way bimble. Though it must be said, runners today have many advantages Mike and his contemporaries didn't have, such as GPS and other technology, better shoes, kit and nutrition nous. 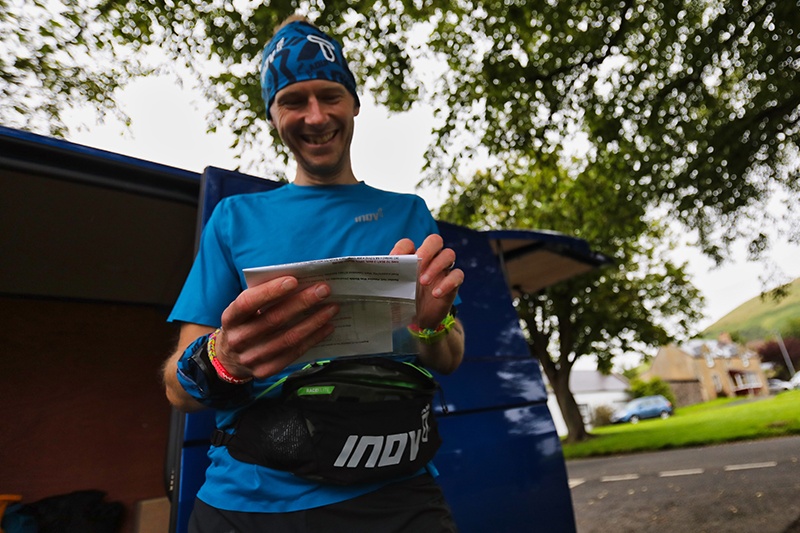 In some ways this may be harder for me than the Pennine Way. I don't mind the distance. But I do mind that speed. The C2C route has changed at times down the years, but I'll be making a real effort to mirror Hartley's run as closely as possible. I'll also pick up litter as I go and fuel without animal products (which is easy and fun).

I'm working with Our Carbon again this year to make this run, and my family's lifestyle, carbon negative. I try hard to keep the footprint minimal for things like this (vegan diet and using local runners for example), but the truth is it will generate car journeys that may have happened otherwise – I wouldn't get anywhere near Mike's record otherwise. I'd love to use an electric vehicle for crewing, but that's extra stress for my already amazing and hard-working crew. I'll offset the regrettable emissions with Trees Not Tees. Which isn't perfect. But it is progress. Which may well end up being the mantra for my run too...

DAMIAN'S KIT FOR THE WAINWRIGHT'S COAST TO COAST RECORD ATTEMPT

Damian plans to wear his favourite TERRAULTRA G 270 shoes with Graphene-Grip but may switch into the TRAILFLY ULTRA G 300 MAX if he feels the need for extra cushioning over some sections. He will use his favourite inov-8 clothing and equipment.

Through his running challenges, Damian has raised more than £4,000 for Greenpeace. Donate here. 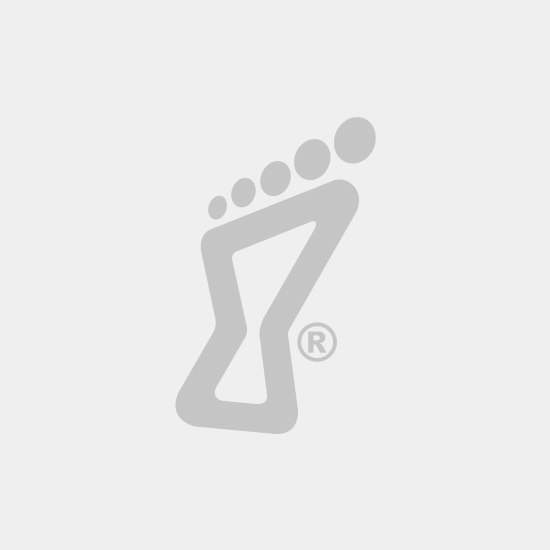 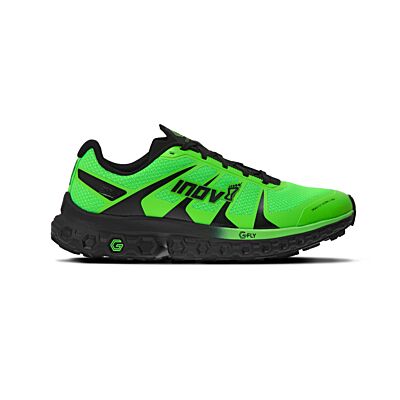 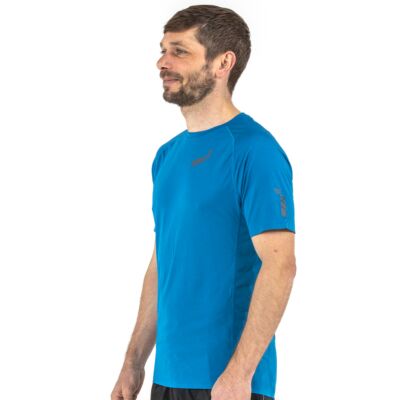 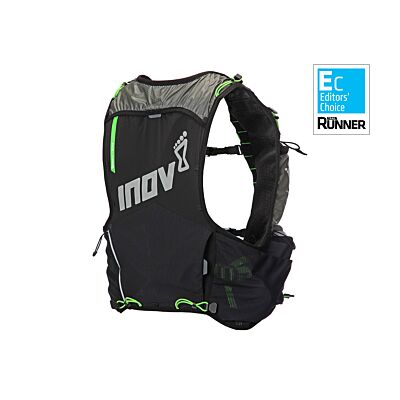